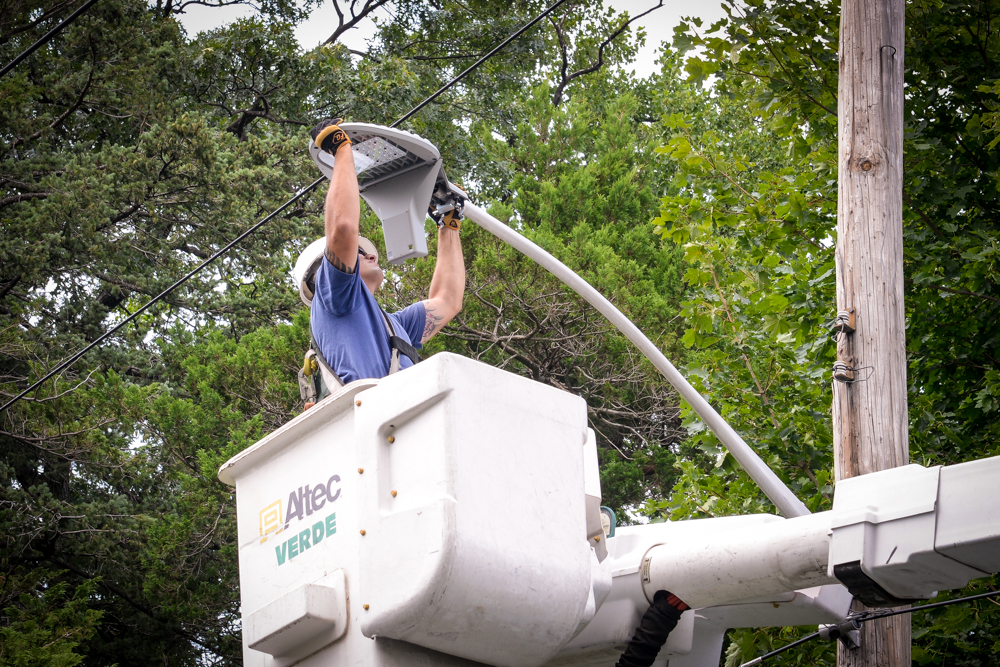 In 2014, the City completed a project to replace Yonkers' 11,300 street lights with LEDs. The project is expected to save taxpayers $18 million in energy costs over ten years and reduce Yonkers' carbon footprint by 3,000 tons annually. Yonkers is the first city in New York State to complete such a project. The project was awarded First Prize from the New York Conference of Mayor in 2014 and named an Anchor Project by the New York State Climate Smart Communities program.

In 2014, the City’s Green Building Program experienced a major expansion where all construction projects in Downtown Yonkers must now be built green. In May 2013, Mayor Mike Spano introduced and the City Council unanimously approved the Yonkers Green Buildings ordinance, establishing a policy for the City to design and construct its facilities to be sustainable and to encourage commercial and residential developers to do the same. In June 2013, the Commissioner of Planning and Development formally adopted the Yonkers Green Development Workbook including a checklist and standards to guide this policy.

In 2013, there were more solar rooftops installed in Yonkers than in the previous 10 years combined.  But what is even more remarkable is that there were more solar rooftops installed in October of 2014 than in all of 2013. Legislation introduced by the Mayor was unanimously approved in June 2014 by the City Council to streamline the approvals process for solar in Yonkers.  The City adopted the New York State Uniform Solar Permit and established a flat fee for solar permits in Yonkers.  As a result, the City received a $5000 grant through NYSERDA’s Cleaner, Greener Communities program.  The streamlined solar permit will reduce inaccurate and incomplete applications by making it clear to those preparing and reviewing these permits exactly what is required.

In 2014, the City worked closely with the New York Power Authority (NYPA) and their contractor Arup to develop a comprehensive Energy Master Plan for the City of Yonkers. The goal of the plan is to reduce energy consumption, strengthen reliability of energy infrastructure, create jobs in clean energy industries and contribute to a cleaner environment. The City hosted an Energy Summit and Energy Summit Follow-Up Meeting to identify opportunities to lower costs and increase efficiency in four action areas: energy planning and coordination, energy delivery infrastructure, transportation and buildings. As part of the Master Plan, energy audits of 20 city and school buildings were prepared.

In 2014, the City’s green fleet grew to over 20 vehicles.  Five fuel-efficient Smart Cars were added to the city’s fleet for use by the Building Department, Parks Department, Water Bureau and Engineering Department. Fifteen fleet vehicles were converted to run on Propane fuel and are being used by a number of city departments, and a Propane filling station was installed at the DPW Service Center.

In June 2014, the City demonstrated how small changes in driver behavior can lead to big savings at the gas pump. The City, in partnership with Metropool and Eco Driving Solutions, provided a training program at no cost where twelve city employees received one-on-one, in-vehicle instruction by current and/or former race car drivers on advanced “ecodriving” techniques that can reduce fuel usage by as much as 25 percent. The annual Yonkers Green City Walking tour features the many sustainability success stories that are within walking distance of the Yonkers Train Station, including the Saw Mill River Daylighting, large scale solar rooftop at iPark, mixed-use geothermal lofts at 66 Main, a floating micro-farm at the Groundwork Hudson Valley Science Barge, and a Hudson River tidal marsh at Sarah Lawrence Center for the Urban River at Beczack. 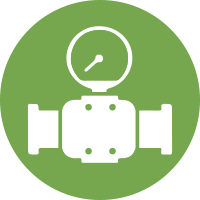 The City has made significant progress replacing 30,000 residential and commercial water meters as part of a comprehensive replacement program. In the past, most residents were billed based on estimates of their water usage. The new meters provide for accurate billing based on actual usage. Now, property owners who conserve water will be rewarded with lower water bills. The expected result is a significant reduction in water use in the City. 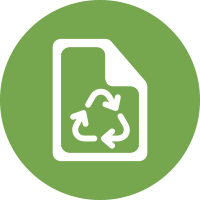 Led by the Mayor’s Office, the City's Recycling Guide has been completely revised and reimagined. In the past, the recycling guide was cluttered and difficult to read and understand.  The new design is a significant improvement and is being viewed as a model for municipal recycling guides throughout the region.  The guide includes information about what can be recycled as well as dates for recycling and refuse collection, Christmas tree pickup, leaf pickup, the mobile shredder and suspension of alternate side of the street parking. 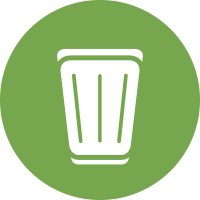 In 2014, four solar-powered trash compactors were installed in Van Der Donck Park. These public trash receptacles are capable of storing four times as much garbage as conventional litter baskets.  The receptacles are connected to the internet and automatically send email alerts when they are full and ready to be emptied. This reduces the number of truck miles and man hours needed to maintain the park, saving time and money while reducing pollution.

After adopting leaf mulching techniques in 44 city parks, the City of Yonkers launched an innovative campaign in the fall of 2013 to encourage homeowners and their landscapers to try the Love ‘Em and Leave ‘Em approach with their Fall leaves. They were asked to leave Fall leaves on the lawn and “mow ‘em to mulch ‘em” using a lawnmower with mulching blades. The finely-shredded leaves will magically disappear between the blades of grass, returning valuable nutrients to the soil; reducing municipal costs; and improving our local environment. Training sessions were conducted for homeowners, landscapers, and municipal grounds keeping staff. 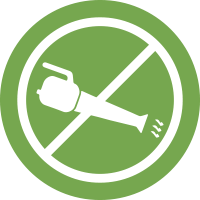 Spearheaded by the Mayor’s Office and led by a cross-departmental team, the City’s efforts to enforce the Leaf Blower Ban are multi-faceted.  For the first time, the Mayor issued robocalls and email reminders to kick off the season. Code Enforcement interacted with landscapers and residents on 585 occasions either verbally or in writing making sure they know about the Ban. They issued 177 tickets, a more than 200 percent increase in the average number of tickets issued since the ban was first approved in 2007. Community members report better, more timely code enforcement and were happy to be able to leave their windows open and enjoy their neighborhoods in peace and without pollutants being strewn. In 2014, the Parks Department purchased and is actively using 14 electric leaf blowers at senior centers, Murray's Skating Rink and around city facilities to offset the city’s use of gas-powered leaf blowers. 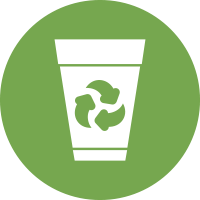 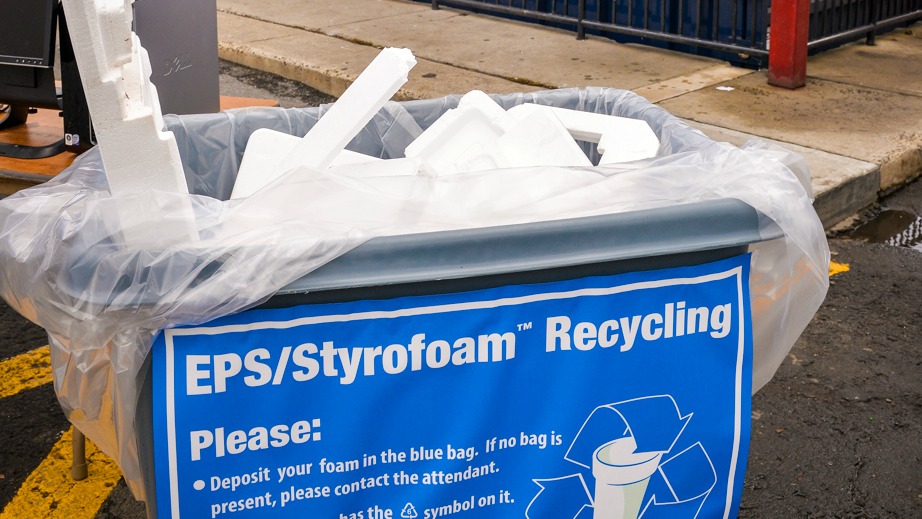 Led by the Department of Public Works, the City of Yonkers established the first Styrofoam recycling program in New York State.  In a major expansion of the city's recycling program, residents are now able to drop off used polystyrene foam cups and packaging for recycling. And in just two months, residents recycled the equivalent of 600,000 Styrofoam coffee cups. 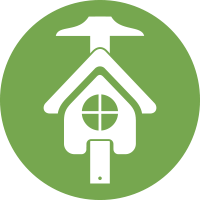 In 2014, the City worked closely with State and community partners to develop a NY Rising Community Reconstruction Plan, an important step toward rebuilding a more resilient community. Designed and driven by community stakeholders, this plan will account for Yonkers-specific needs, opportunities and strategies. Yonkers is eligible for $3 million of Community Development Block Grant (CDBG) funding to implement the plan. 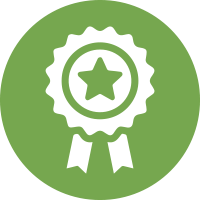 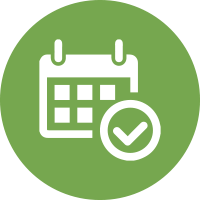 Under Yonkers Green City, Mayor Spano hosted eight separate events in 2014. These events included an Energy Summit in partnership with the New York Power Authority in January, an Energy Summit Follow-Up Meeting in April, a High Performance Homes Seminar in partnership with the Urban Green Council in May, three Green Standards Information Sessions in September, the 2nd Annual Yonkers Green City Walking Tour in November, and the Yonkers Storm Water Summit in December. The Yonkers Green City News was sent on a monthly basis to approximately 3000 email addresses.