The Yonkers Police Departments Honor Guard was formed in 1998 under the guidance of Ret. Deputy Chief George Rutledge. The purpose of the Honor Guard was to have a unit of officers to represent the Department at the funeral ceremonies of our deceased members, with the utmost respect and dignity. Shortly thereafter the Color Guard was formed to proudly display the flags of our Country, State and City at parades and ceremonies. 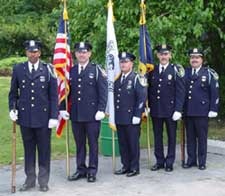 Our Honor Guard strives to respectfully pay a last tribute to our deceased members and to display the Departments appreciation for their years of service. Through the activities of our Color Guard we hope to instill pride in all our members and at the same time display that pride to the public we serve. 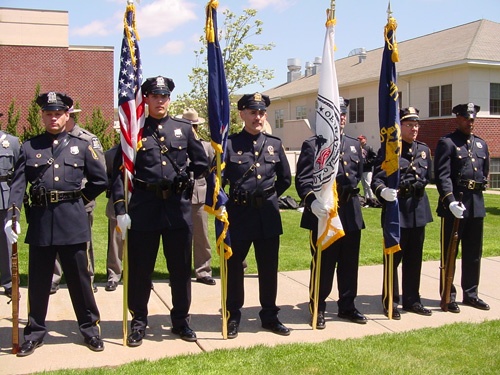