In the 1640's Adriaen Van der Donck received a grant of land from the Dutch East India Company which he called Colon Donck, and built one of the first saw mills in the New World at the junction of the Hudson and Nepperhan Rivers. Van der Donck was referred to as Jonk Herr ("young Gentleman" or "young Nobleman") by reason of his status in Holland, and these words evolved through several changes to The Younckers, The Yonkers and finally to the present Yonkers.

The area acquired by Van der Donck passed into the hands of the Philipse family in the latter part of the 17th century, and Philipse Manor Hall was built at the juncture of the two rivers in the early 1680s. Yonkers' strategic location fostered its development into a major trading center and its early settlers (including Native Americans, English and Dutch) created a diverse community. Yonkers was a small farm town in the 1700s but many businesses soon began to emerge: the saw mills and grist mills multiplied, land development increased, and blacksmith shops, taverns, and general stores came into being. 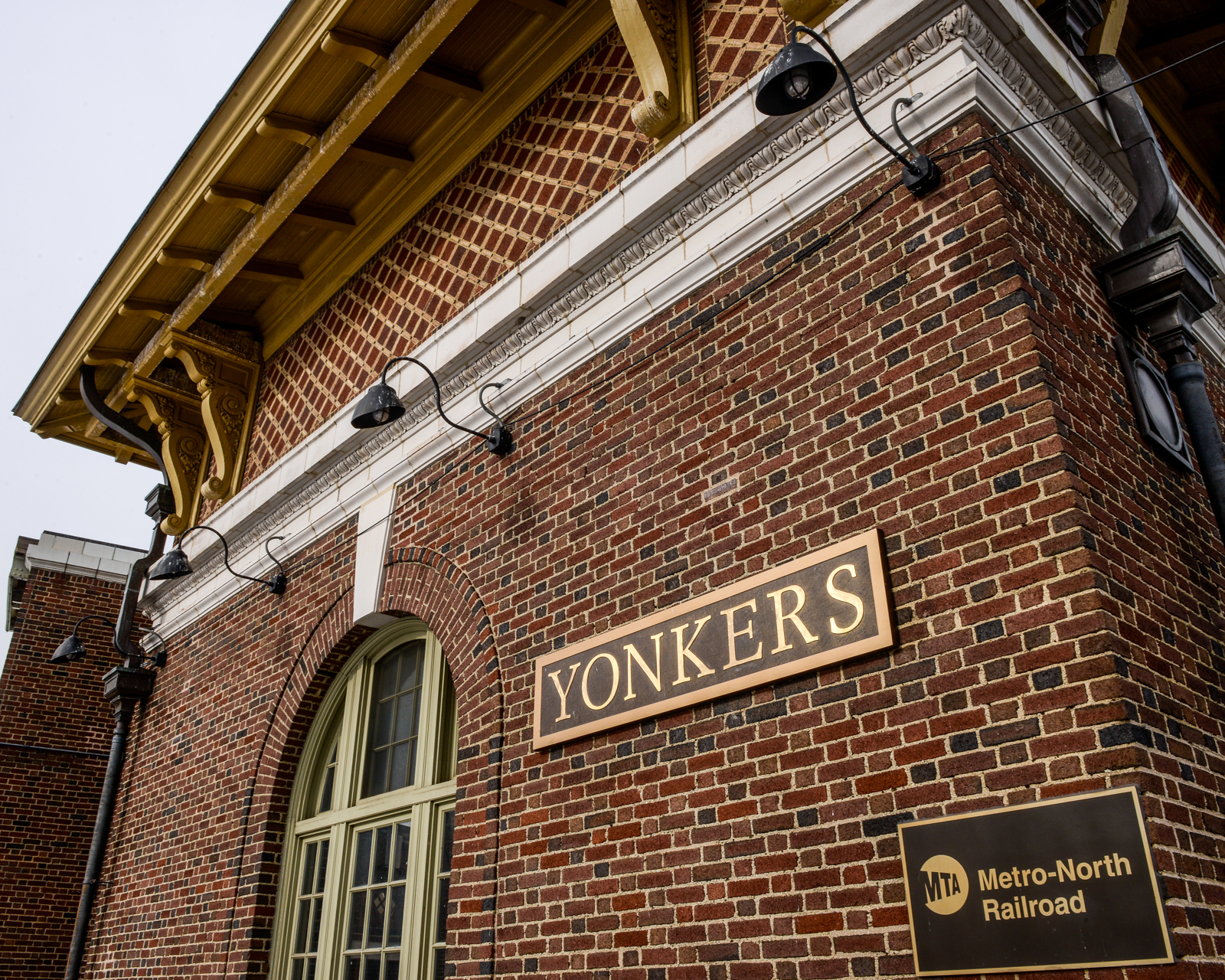 Yonkers has long been the home of innovators and inventors. The breathtaking views of the Palisades and majestic Hudson River have inspired creativity for more than 150 years. Elisha Otis invented the safety elevator here in 1854 and built his first factory in Yonkers. In 1867 Charles Harvey of Yonkers built the first elevated train line on Greenwich Street in Manhattan, which paved the way for the subway system and mass transit. Edwin Armstrong invented FM radio in 1912, building his antenna on the Palisades across the river from his Yonkers home. Just six years earlier Yonkers resident Leo Baekeland invented the first plastic, a good thing since all those radios would need cases.

Yonkers developed as an industrial powerhouse during the 20th Century. Not only did Otis continue to build elevators here, but the largest carpet mill in the world operated in the Nepperhan Valley. As times and the economy changed, so did Yonkers. Today, the Otis Elevator factory is home to industry leaders such as Kawasaki, which builds rail cars for the MTA, Metro North, Long Island Railroad and transit systems around the world; Mindspark, one of the leading app developers on the web; and the bio-engineers of ContraFect Corp. The carpet mill is home to dozens of artists, artisans, musicians and new media professions who make up the YoHo Artist Studios.

Our story continues into the 21st Century and we want you to be a part of it.