(Mayor Spano delivers his Budget Presentation to the City Council.)

Mayor Spano has taken a new approach to finances. He convened a blue-ribbon panel to study the city’s finances and ordered his Finance Department to release annual long-term plans – something the city had never done. When he took office in 2012, Mayor Spano, working with the City Council, passed the first unanimous, bipartisan budget in more than a decade. And in 2013, Mayor Spano passed the first unanimous, bipartisan and on-time budget in a generation.

Upon taking office, Mayor Spano discovered that the city built a new jail but never used it – 20 years ago in the Cacace Justice Building that houses the courts. In 2013, the Mayor fulfilled a promise that was made to taxpayers two decades ago and moved all jail operations out of the waterfront jail and into the “new” Cacace Center Jail, saving taxpayers hundreds of thousands of dollars in operation costs, and bringing in $1 million through the sale of the old jail. 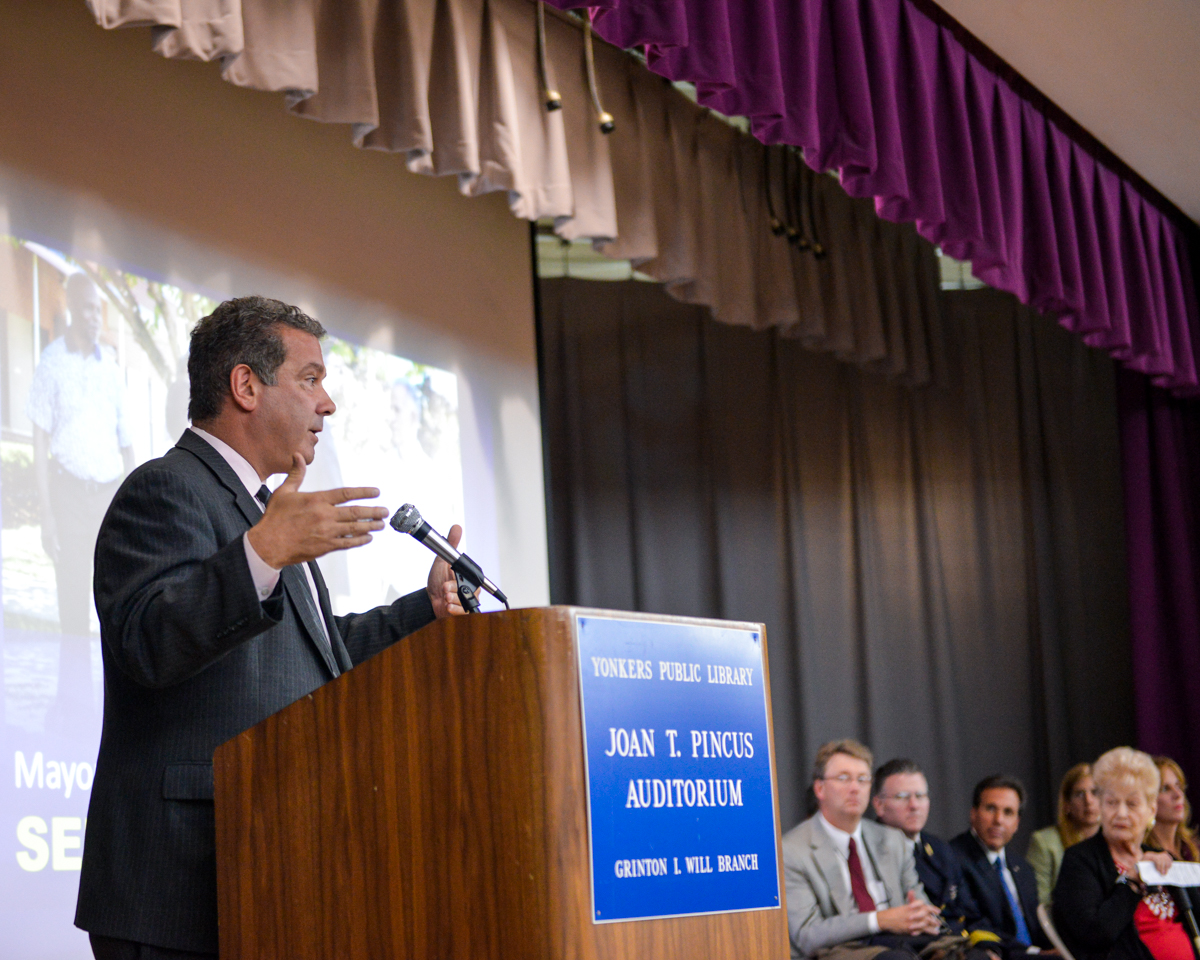 The Mayor has taken aim at vacant and blighted properties around the city that drain the tax base and surrounding home values. The city is auctioning off those properties to open new opportunities for businesses and those who want to invest in Yonkers. As a result, more than $1 million in delinquent properties and buildings were sold in the past year. It means a safer community for those who live and work in the neighborhood, higher home values for those who neighbor the once-vacant property, and new revenues for the city.

Mayor Spano has also worked to trim the size of city government by consolidating agencies and functions with the county and selling hundreds of unused and unnecessary city assets. He created an eBay store where you’ll find city cars, collectables and office supplies for sale.

Yonkers’ streets are a little brighter at night. That’s because the Mayor launched the Yonkers Green City LED Streetlight Replacement Project. Street by street, the city is replacing 12,000 old, inefficient “cobra head” streetlights with new LEDs that will save taxpayers $18 million in energy costs over the next 10 years.