Mayor Mike Spano believes that education is the issue of greatest importance to the future of Yonkers. That’s why, after years of cuts, the Mayor reversed the cut trend in his first year in office and made historic investments in Yonkers Public Schools in his second, providing funding for the Board of Education to restore critical staff positions, arts, music and sports.

In Yonkers, we have some of the highest rated schools in Westchester County and beyond. U.S. News and World Report ranks Yonkers Middle High School among the best high schools in the country, Saunders Trades & Technical High School is in the top 10 percent of high schools nationwide, and PEARLS Hawthorne School, a Blue Ribbon School, is one of the top elementary schools in the state.

The Mayor believes that all Yonkers schools should be among the highest rated, and that all Yonkers students should have the same opportunities as other students in Westchester and elsewhere. Education is not a privilege; it is not negotiable; it is our students’ right – and education equality starts with fair funding. 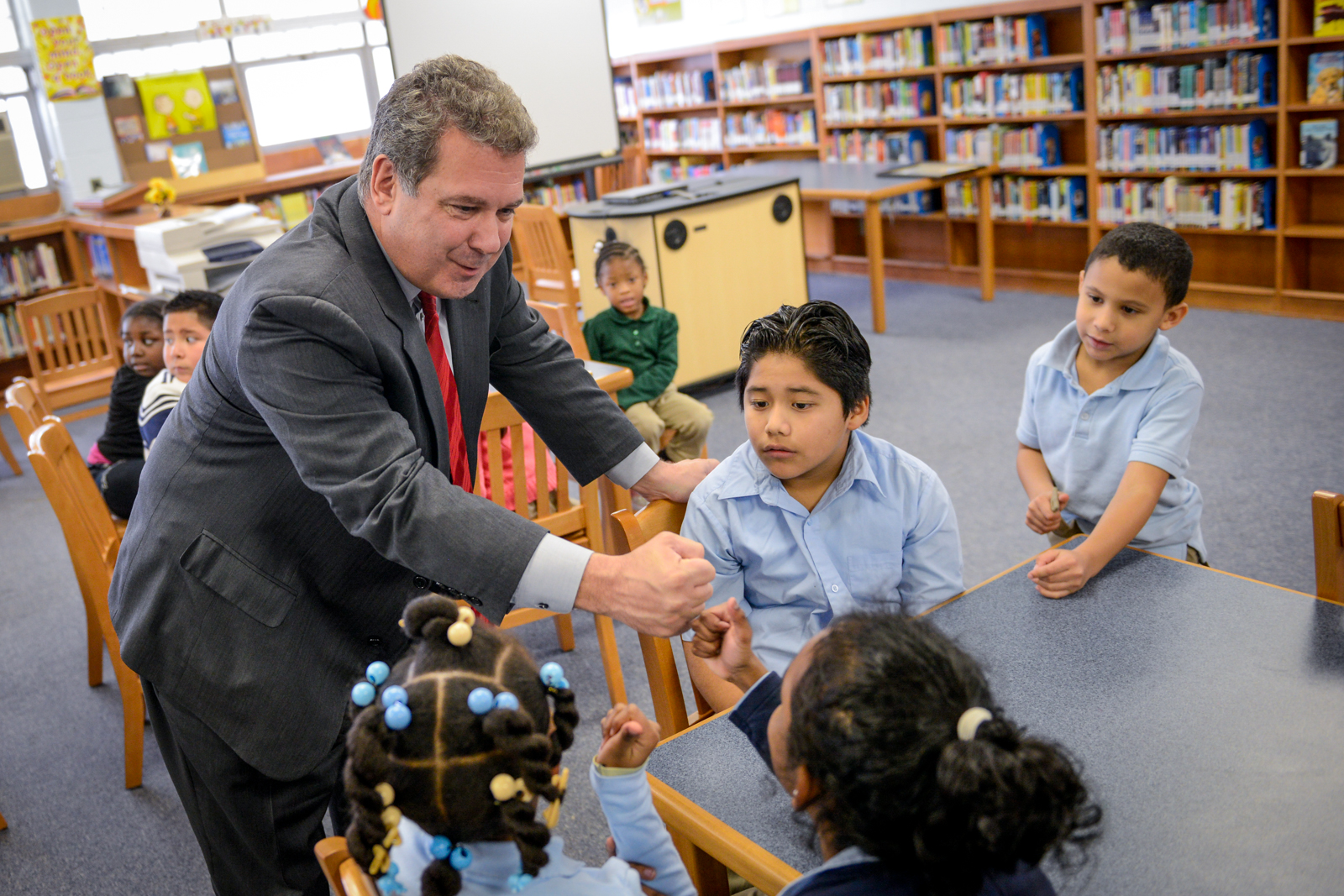 Yonkers is one of only four cities in the state outside of NYC with a dependent school district, and the only big city whose school district is actually growing. But the funding formula that directs state aid to Yonkers Public Schools is inherently unfair. As a result, Yonkers receives less state funding per student than the other big cities, and Yonkers taxpayers pay more per student than the three largest upstate cities combined. To correct this, Mayor Spano will continue to lobby Albany until the state levels the playing field for Yonkers’ students.

Even though Yonkers receives less funding per pupil than the other big cities, Yonkers has the highest big city graduation rate. That’s testament to the hard work our administrators, teachers, and staff put in day in and day out, often using their own money to buy supplies for their students.

To recognize the accomplishments of Yonkers Public Schools, Mayor Spano created the School of the Month Award. Each month, the Mayor recognizes one outstanding school for their commitment to education, diversity, community service, extracurricular enrichment and athletics.

In late 2013, Mayor Spano launched the Yonkers STRIVE Together Cradle to Career Partnership. Yonkers STRIVE is a coalition of dozens of civic, education and community organizations as well as business leaders, aiming to identify and bridge the gaps that exist between a student’s potential and achievement. The STRIVE model, implemented in more than 90 communities across the country, enlists the entire community to commit to enriching our young peoples’ lives from cradle to career.

Mayor Spano is also working to establish a State University of New York (SUNY) campus in Yonkers. As the fourth largest city in New York State and largest in the county, strategically located along the Hudson River and minutes from Manhattan, Yonkers is a logical choice for a SUNY campus. The establishment of a SUNY Yonkers would not only provide new opportunity for the large student population in the metropolitan area, it would provide a tremendous boost to Yonkers’ economy.