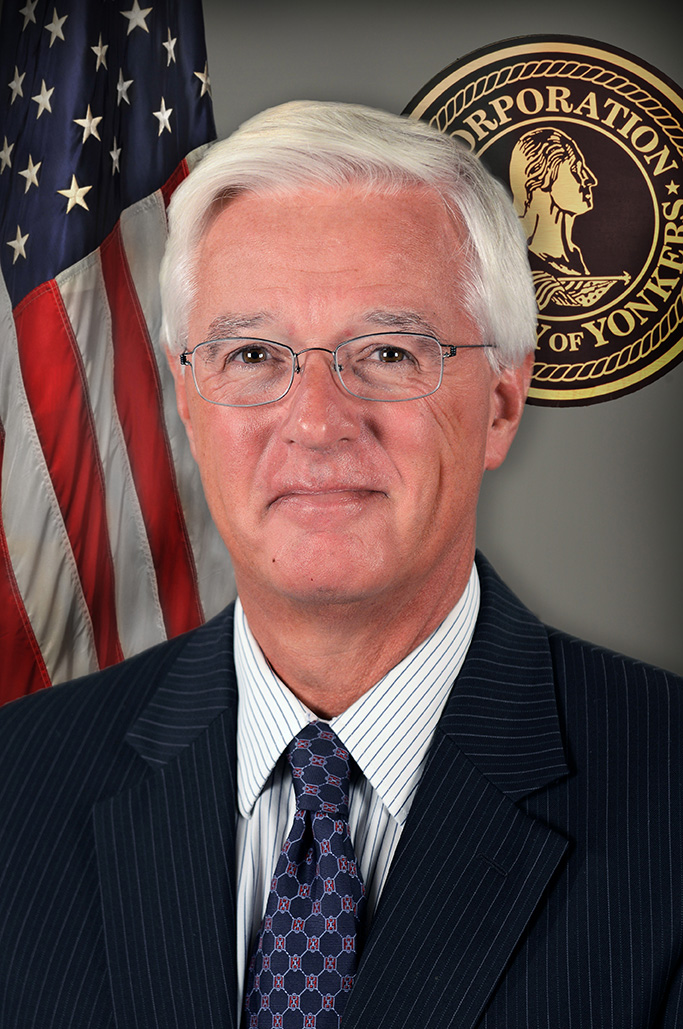 Jim Cavanaugh currently serves as the Deputy Mayor for the Mayor of the City of Yonkers, NY, under Mayor Mike Spano, overseeing the operations of the City’s departments and agencies.

Prior to being appointed Deputy Mayor in 2017, Jim Cavanaugh most recently served as an associate with Empire Strategic Planning, a government relations and lobbying firm.

From 2005 to 2010 Cavanaugh served as president of the Battery Park City Authority (BPCA), which oversees 92 acres of land in lower Manhattan.  During his six years leading the Authority Cavanaugh lowered the annual operating budget from $31.8 million annually to $28.6 million, even as park acreage was increased and new community facilities were built. During Cavanaugh’s operation of BPCA leases for 4.7 million square feet of new residential and commercial construction were completed, including construction of the Goldman Sachs world headquarters. All construction was sustainable, achieving ratings of LEED Gold and Platinum. Cavanaugh also initiated construction of a new community center, completed construction of a  new public library branch and began the  renovation of the iconic Pier A which the last remaining covered pier in Manhattan. While Cavanaugh was BPCA president the Authority also collaborated with the New York City School Construction Authority to build P.S. 276, which was the first school built according to NYC’s new sustainable guidelines for schools.

From 1994 until 2004 Cavanaugh was the elected Town Supervisor of Eastchester. Among his accomplishments, besides controlling tax growth, were a comprehensive revision of the Town zoning code, institution of advanced life support ambulance service, institution of after-school day care, and renovation of the Town’s Lake Isle recreational complex. Under his leadership Eastchester was the first municipal government in Westchester, and among the first in the State,  to provide family medical benefits for same-sex couples  – a right that is now enjoyed by all but which was extremely controversial at the time.

Cavanaugh has served for the past three years as a member of the Yonkers School  District Board of Trustees, where he served as Chair of the Facilities Committee. As such he oversaw the school district’s construction and renovation expenditures. He is also a past member of the Yonkers Parking Authority Board of Directors. As Chair of the YPA’s operations committee Cavanaugh began the implementation of automated parking machines and pay-by-phone service.

He is a 1976 graduate of Fordham University with a BA in communications.