(Bricks near the entrance of the new Yonkers Animal Shelter)

The City’s old animal shelter began operation in the 1960s. At that time, the focus in Yonkers, as in most communities, was animal control, and the shelter was seen as a temporary holding facility for animals that were picked up off the streets. The old facility also had several design deficiencies which made it difficult to clean the kennels and lacked proper air ventilation and purification systems to control the spread of odor and disease, all of which led to a non-inviting environment that resulted in few visits from the public.

About the new Yonkers Animal Shelter

In contrast to the old facility, the new 11,000 sq ft Animal Shelter was built with a focus on adoption. The facility is not only larger that the old Animal Shelter but features a welcoming public reception space, modern indoor and outdoor kennels, separate intake and adoption areas, modern medical facilities and meet-and-greet spaces where visitors can enjoy quality one-on-one time with their prospective new pets.

The City’s Buildings, Engineering, Information Technology, Parks, and Public Works departments oversaw the construction of the new Animal Shelter which was funded by the City, County, State, ASPCA, Building Hope and several other organizations, we well as from donations from local residents like student Ncole Vene who donated money from her lemonade stand. The Yonkers Parks Department operates the Animal Shelter.

Photos from the Opening of the new Animal Shelter 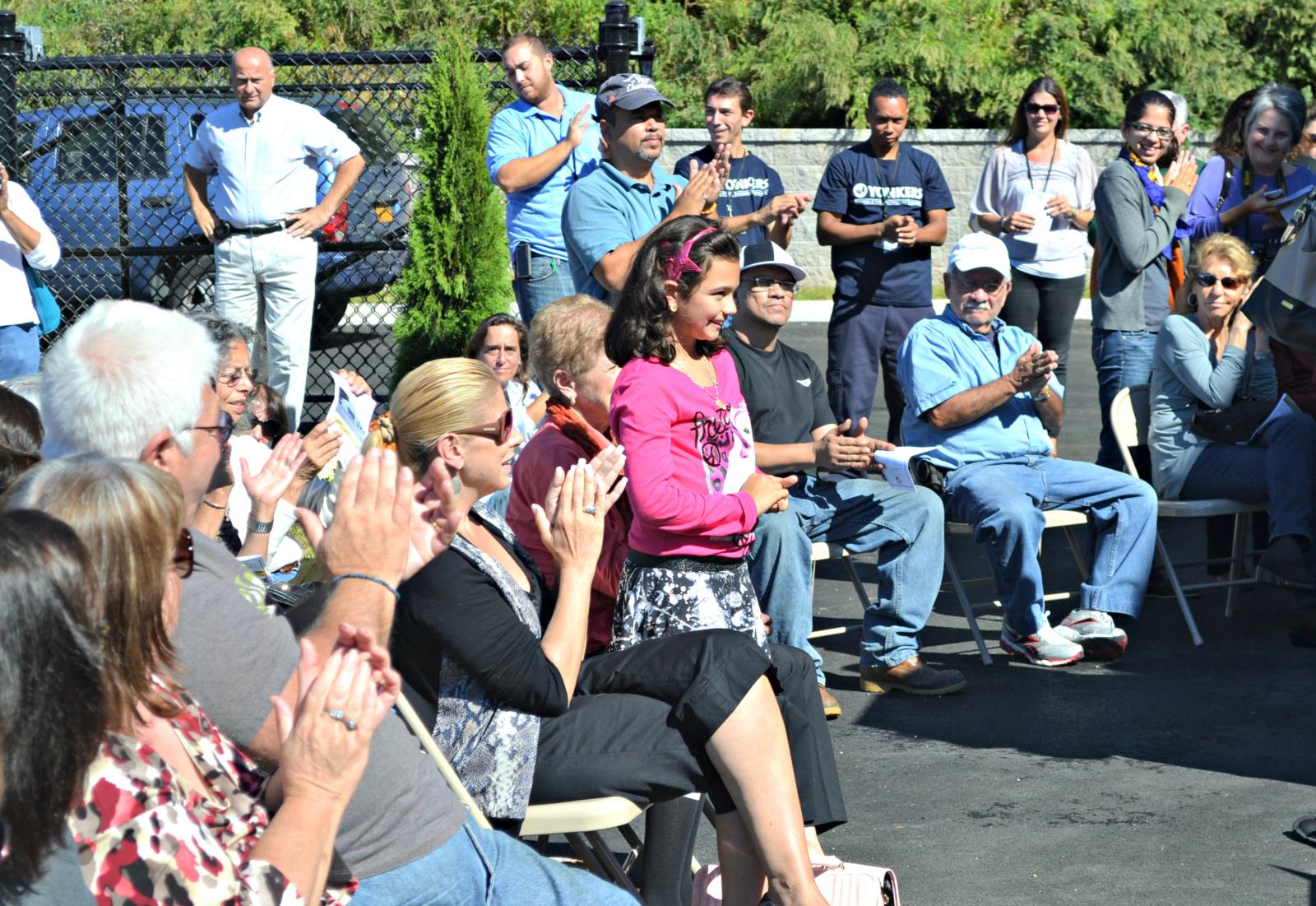 Volunteer at the Animal Shelter

Support the Animal Shelter and learn more about Building Hope