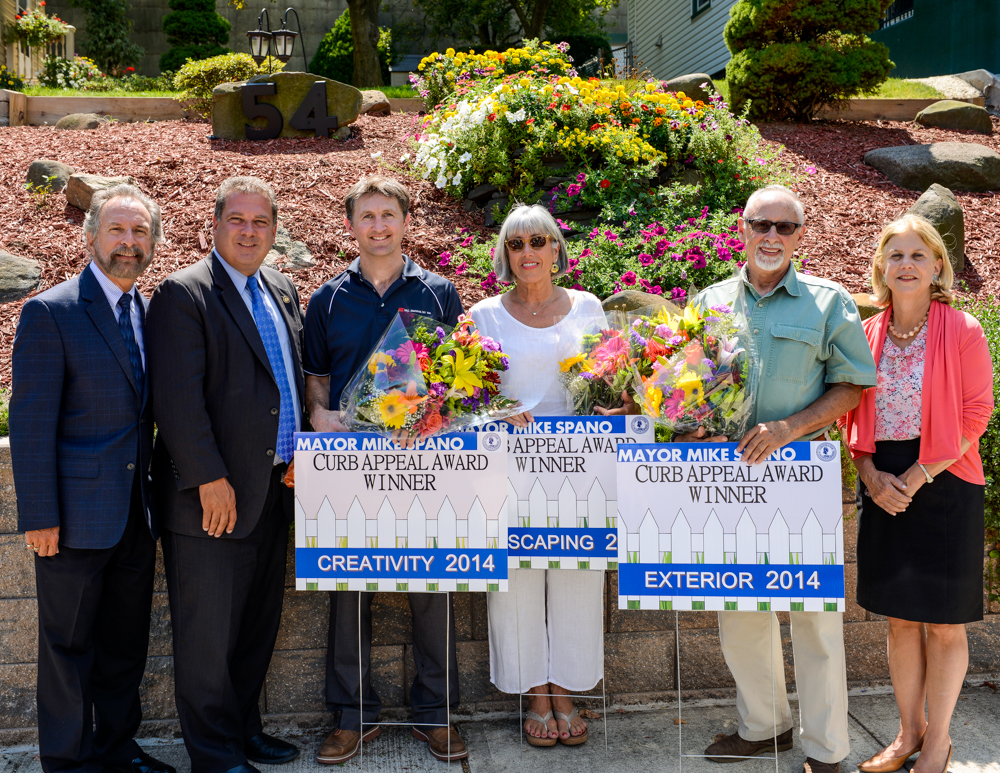 On August 26, 2014 Mayor Mike Spano presented three Yonkers homeowners with awards as part of the second annual Curb Appeal Awards, recognizing their exceptional curb appeal and charming landscaping. The winners were selected based on nominations from Yonkers residents made on the City’s website.

See a standout home in Yonkers? Nominate it for a Curb Appeal Award (FiOS 1)