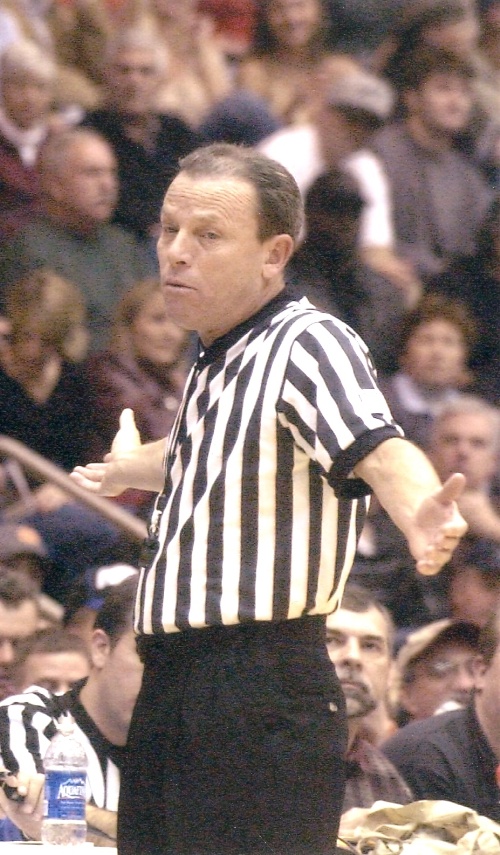 Edward has since been officiating Division I College Basketball for the past 25 years, all which include big games such as the Big East, South East Conference, Atlantic Coast Conference, Big Ten, Metro Atlantic Athletic Conference, Northeast, Atlantic 10, Ivy League and Patriot Conferences.

His first National Collegiate Athletic Association (N.C.A.A.) game was in 1996 and his big break came in 2000 when he was the alternate official for the Final Four in Indianapolis. Earning the respect and admiration of other officials and players, he has since officiated the N.C.A.A. Final Four 5 times, doing the semi-finals in 2002 and 2006. He officiated the final games in 2001 “Duke vs. Arizona”, in 2005 “North Carolina vs. Illinois”, in 2007 “Florida vs. Ohio State” and in 2008 “Kansas vs. Memphis”.

Edward has also been inducted into the Catholic High School Scholastic Association (C.H.S.S.A.) Hall of Fame and the Westchester County Hall of Fame.

While not traveling throughout the country officiating, on “off game” time, Edward enjoys spending time with wife Susan and two children Kelly Ann Burke and Eddie Jr. who also follows in his father’s footsteps and officiates in the Catholic High School Scholastic Association. Eddie is an avid tennis player and golfer. Eddie enjoys time with his first grandchild, Michaela Mea Burke.