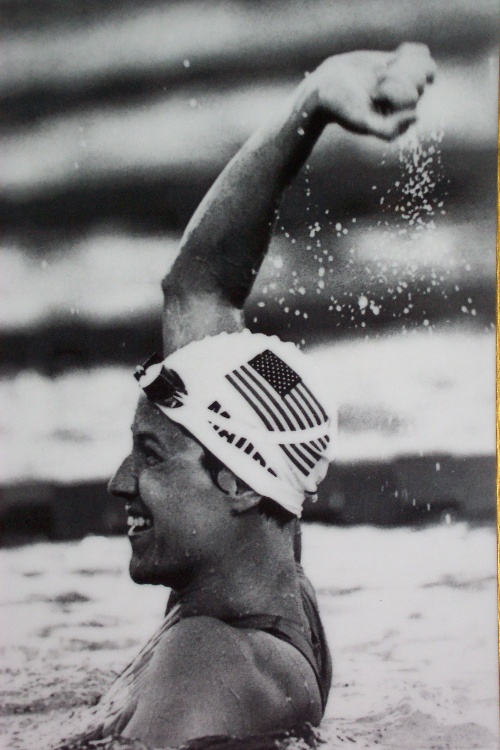 Lea Loveless Maurer was born at St. John’s Riverside Hospital in Yonkers and raised in Yonkers. She quickly progressed from a novice swimmer at the Linden Street Pool where the Yonkers Aquatic Council sponsored developmental meets. Profiting from expert coaching by John Collins of the Larchmont Badger Swim Club, Lea continued to excel resulting in Lea’s becoming a seven-time U.S. national champion in the backstroke events, and the American record-holder in 100 meter backstroke. Lea impressed the world when she earned a 1992 Olympic gold medal in the 400 meter relay and an Olympic bronze medal in the 100 meter backstroke.

Lea’s history as a competitor shows that she has had to overcome some grave disappointments. She bravely withstood failing to qualify for the 1996 Olympic team and remained focused and undaunted. Still striving to be the best she could be, Lea set a New American record, eclipsing her own five-and-one-half year American record, and became the World Champion in the 100 meter backstroke. Currently, she is also a member of the World Champion and American Record holding 400 meter medley relay team.

While attending Stanford University, Lea combined receiving a great education with being a dedicated member and a senior captain on three NCAA Swimming Championship teams. At Stanford, Lea met and later married Erik Maurer also a NCAA swimming champion. In harmony with Lea’s priority to excel both in school and in the pool, she has applied her love for education and swimming too her professional life as a high school English teacher and the girls’ and boys’ swim coach. Lea is inspiring her students and swimmers to set high goals for themselves, and she is teaching them how to reach their expectations. She has succeeded in translating her code for success into plan for others to follow, and she serves as a worthy model.

The French author Francois La Rochefoucald’s maxim attributing Greatness to those who possess “greater Designs” apply to Lea. To achieve her notable accomplishments Lea combined great desire, dedicated, determination and great talent. Lea’s adherence to a greater “Design” entailed a pattern of self-sacrifice, of stretching expectations, and of exerting her greatest effort daily and that is what qualifies Lea as a great women as well as a World, Olympic, and American champion.