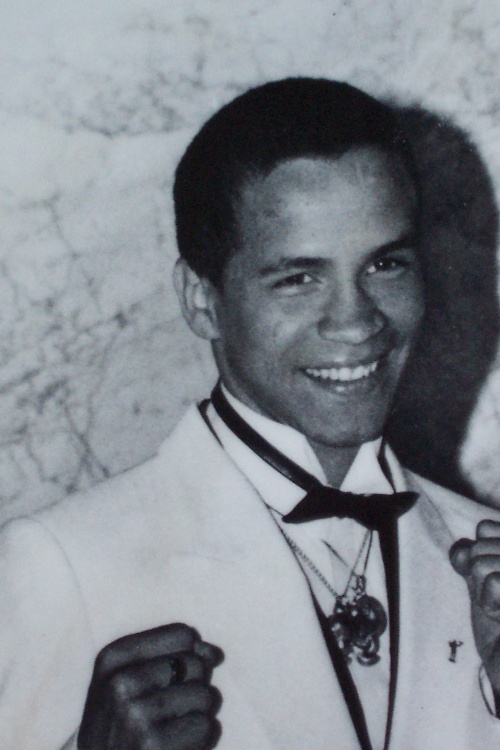 Dreams dance in the minds of young pugilists, dream of being at the top of the competition, a winner in a world of hard work, sparring and constant comparison. Luis “Luie” Anthony Hernandez, born in Brooklyn on November 24, 1961 lived the dream and the prime of the sport of boxing.

Mr. Hernandez moved to Yonkers as a nine-year old via the South Bronx, undeniable from poor neighborhoods, but with a goal of a better life. In Yonkers, Luis discovered boxing at the Yonkers YMCA, self-confidence and mentors Sal Corrente and Frank Caserta.

The world discovered Luie in 1975 when he became Junior Olympic Champion, winning this title two more years in 1976 and 1977. His reputation soared in 1978 when he became the National PAL Champion in Ohio, and five-time Hudson Valley Regional Champion 1978-1982 in the (New York) Empire State Games.

Crowning these achievements, Mr. Hernandez began a series of boxing accomplishments in the United States and in International competition. In 1980, he knocked out Sweden’s Champion in the first round and was a Bronze Medalist, at 112 pounds at the Eastern Olympic Trial in Charlotte, NC. In 1981, Luie won his first of three Golden Gloves Championships, joined the USA Boxing Team in Norway, Sweden, Denmark and Finland, and his first of three Hispanic Championships. At the 1982 Eastern Regional Championship at Aberdeen, NJ, Luie fought twice that night, stopping James Munzon in the first round, then Decisioned three-time Philadelphia Golden Glove Championship. His third Golden Gloves Championship marked the defeat of former Olympian, Nirmal Lorick, at Madison Square Garden.

These accomplishments were honored by proclaiming April 12, 1983 Luis A. Hernandez Day in the City of Yonkers. Mr. Hernandez went on to fight professionally three times with a record of 3-0.

Luie Hernandez lives in Yonkers, New York, with his wife. They are anticipating the birth of their first child.