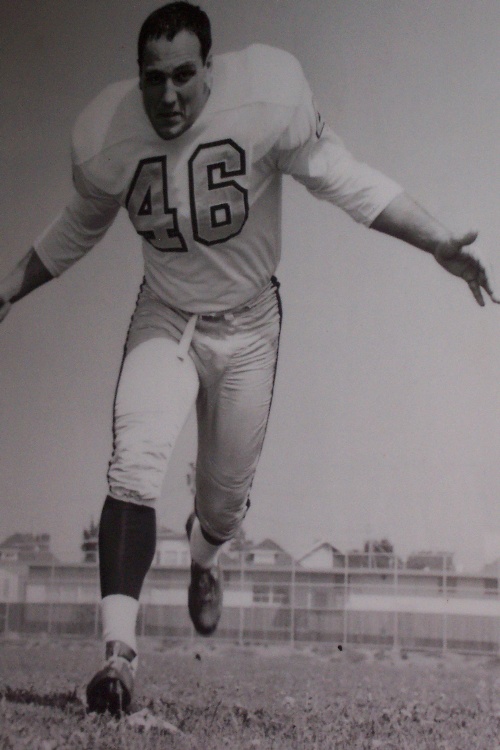 David Costa was born in Yonkers on October 27, 1941. As a standout athlete at Saunders High School, Dave was the recipient of many prestigious awards which include All-City in basketball, track and football and he was chosen as a member of the All-County football team in his senior year. As an eleventh grader, Dave helped his Saunders team win the City Championship, which Saunders had not done in 33 previous seasons. Before moving on to college, Dave added a few more awards to his collection. He was named Outstanding Yonkers Sports Personality of1962 from the Lud-Dale Association, Outstanding Athlete in Yonkers from the Yonk-Heers Athletic and Social Club and in June of 1959 he made the 12th National High School All American Football Team.

Dave attended Northeastern Jr. College where he earned All-American status before moving on too the University of Utah. While at Utah, Dave was selected to play in both the North-South All-Star game in Honolulu and the East-West Shrine game in San Francisco.

Chosen by both Los Angeles Rams and the Oakland Raiders in the 1963 draft, Dave enjoyed a professional career, which spanned 13 seasons while playing with the Oakland Raiders, Denver Broncos, Buffalo Bills, SanDiego Chargers and the Portland Thunder of the World Football League.

Dave is currently residing in Cardiff by the Sea, California