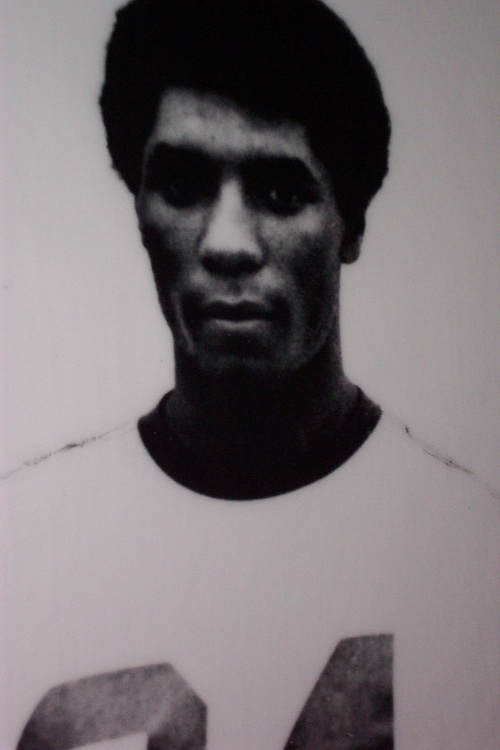 Charles Edward Jessamy Jr., born in Yonkers, New York on October 6,1950, the eldest of four sons to Charles Sr. and Ruth Jessamy. His early childhood years took him through the Yonkers Public School System from which he acquired a rewarding education and burning desire to participate in sports.

It was sports that gave him a chance to excel. At the age of nine, competing in his first citywide track meet, he quickly gained recognition as being the fastest youngster in the age group throughout Westchester County.

Charles joined the Lud-Dale Athletic Association, where he continued to establish athletic dominance in baseball and basketball. Upon entering high school, Charles began his football career and his outstanding athletic dominance became further evident throughout the county. It was football that put him on the path to achieve his highest accomplishments and the fulfillment of this athletic career.

During the three years he attended Yonkers High School, he was also known as “The Iron Man” by teammates and friends, lettered in track, baseball, basketball and football. In his senior year he co-captained the Varsity Football team to a City Championship and received All-County/All-City honors as a running back. All-City honors were bestowed upon him in basketball also, as Yonkers High School captured the city title.

Charles attended college in the mid-west at Kansas Wesleyan, where the Jessamy era began. Kansas Wesleyan and the (KCAC) Kansas Central Athletic Conference rushing records have never been quite the same. By the time Charlie left Kansas Wesleyan he had co-captained the 1970 and 1971; All District 10-1970; Most Valuable Player 1971;All-American Team NAIA Division II 1971. He established a single rushing mark of 1665 yards for both school and conference, as was his mark of 263 carries. His greatest individual performances in a season were most carries per game (44) for 252 yards per game; nine (100+) yards per game and five (200+) yard games. He set another school mark with his career total 29 yards, and finished with 185 yards per game rushing, which led the nation and set a new NAIA standards as well as conference and school marks for a single season.

In 1974 Charlie experienced his greatest moment of his athletic career while playing for the New York Giants of the National Football League scoring a touchdown against the New England Patriots. Unfortunately, on the same play he separated his shoulder and was placed on injured reserve for the remainder of the season. The following year Charlie played in the Canadian Football League (CFL) with Hamilton Tiger Cats.

In 1986 Charlie was inducted into the Kansas Wesleyan Hall of Fame and he is a member of the National Football League Players Association.