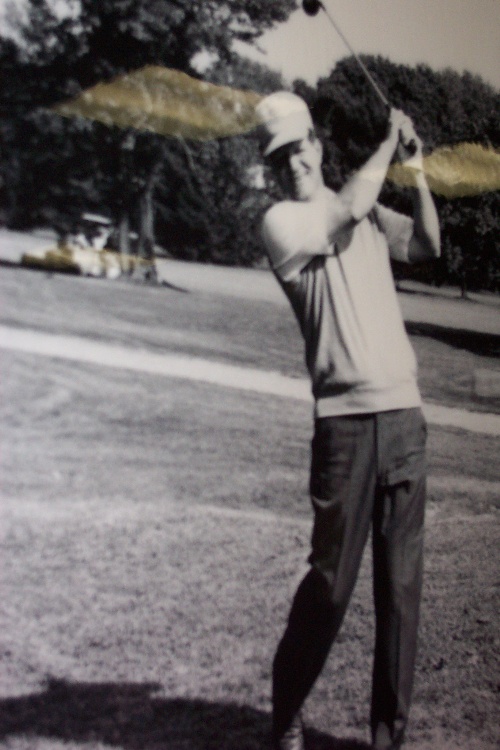 Gene Borek was born on Christmas Day in 1936 into a large Polish-American family, the youngest of six brothers; Joseph, Michael, Stanley, John and Vincent as well as two sisters; Loraine and Jean.  As a teenager, his brother Stanley brought him along to play golf and before long, Gene was hooked!

In his Junior and senior years at Saunders High School, Gene was captain of the Golf Team and the Yonkers Scholastic Golf Champion. In 1955, after graduating from Saunders, Gene started his apprenticeship under Elmer Voight at Sunningdale Country Club in Scarsdale, New York. Gene worked at Sunningdale for nine seasons and during the winter months from 1956-61 was the Assistant Golf Professional at Estate Carlton House and Resort in St. Croix, Virgin Islands.

Gene’s first professional tournament win was in 1959 at the Managurian Open in Rochester, New York. His wife, Joan was carrying their first child, Colleen, at the time. Gene was voted “Player of the Year” by the Metropolitan New York Golf Writers, 1971-72 and was a member of the golf Digest panel to select America’s 100 Greatest Golf Courses. Among his accomplishments as a tournament player are ten appearances in the U.S. Open as a Club Professional. His most memorable U.S. Open was in 1973 when Gene Shot an “eye-popping” course record 65 at Oakmont Country Club which gave him instant national recognition. Gene also played in twelve PGA Championships. His record as a consistent winner in the Metropolitan area is very impressive. He has won the Metropolitan P.G.A. Championship three times L.I. Open twice, Pro-Pro Championship twice, Pro-Assistant twice and the Westchester Open in 1980. On a national level as a club professional, he won the National P.G.A. Stroke Play Championship twice and the National P.G.A. Match Play Championship.

Gene is also considered by his fellow professionals to be one of the most outstanding teachers in the Metropolitan area. Many of his ideas and concepts about the golf swing were developed by his close friend and teacher, Carl Lohren. Since 1980 Gene has been Head Golf Professional at Metropolis Country Club in White Plains. In 1987, Gene qualified for the Senior P.G.A. Tour, where he placed 58th in the final money list. As a senior tournament player, he has already won two National P.G.A. Quarter Century Club Championships. In 1987, Gene won the Metropolitan P.G.A. Senior Open and placed 12th in the same Open in 1988.He qualified to play in the upcoming 1989 U.S. Senior Open.

Eugene Borek is considered by many to be a true champion and ideal role model.