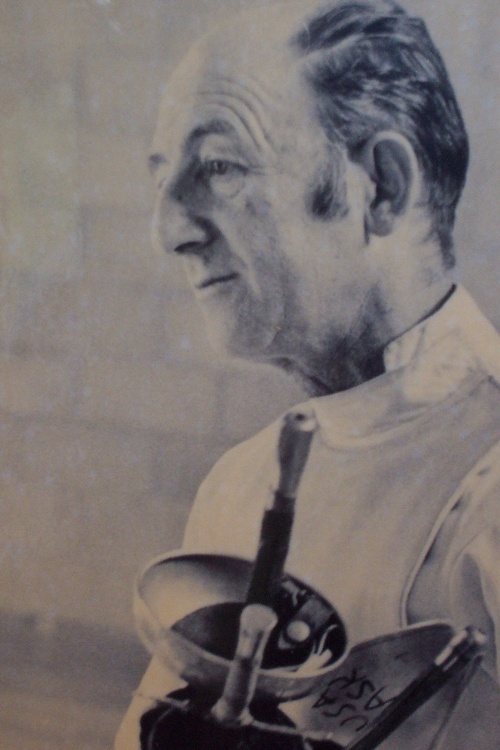 Allan Kwartler was born in New York City on September 10, 1917 and attended Benjamin Franklin Junior High School and Morris High School in the Bronx. The spark of interest in fencing was ignited when he saw William Stroebel of Morris High School teaching the team, but Al did not begin fencing until ten years later at Wayne State University.

After receiving his Bachelor of Science degree he returned to New York where he studied sabre under Maestro Giorgio Santelli, the Olympic fencing coach, and foil under Professor Edward F. Lucia. In 1950 and 1953 he was selected for the Maccabean Games in Isreal, winning the sabre championship in 1950 and the foil in 1953. Six years from the time he began fencing, he made the U.S. Olympic fencing team, and was a member of the sabre team that placed fourth in 1956.

Although he was never national champion, Kwartler was considered the leading tow-weapon fencer in foil and sabre in the United States in the 1950’s. In 1953 he was second in the foil in the National Championships: in 1954 he was second in sabre and fourth in foil; in 1956 and 1960 he placed second in sabre and in 1959 third in sabre. He was nationally ranked 17 times in either foil or sabre between 1951 and 1965, and was a member of ten National championship teams.

Kwartler has long been considered one of the top international officials in the sport and is one of the few Americans ever to be licensed at the highest levels of expertise by the International Fencing Federation. He served as president of the jury in the 1960 Olympic sabre individual finals, and was a member of the jury that officiated in the 1952 and 1956 Olympic sabre finals. He was secretary of the Amateur Fencers league of America from 1961 to 1963 and a member of the U.S. Olympic Fencing Selection Committee from 1961 to 1965.

He turned professional in 1964 and coached at Polytechnic Institute of New York. Currently, he is coach at the State University of New York at Purchase, the Rockland Center for the Arts in West Nyack and the Westchester Fencers Club in Scarsdale. In 1974 the U.S. Academy of Arms awarded him its Certificate of Fencing Master. In 1979 he was elected to the Fencer’s Hall of fame in Los Angeles, formerly known as the Helms Foundation Hall of Olympic Fame.