The City of Yonkers-Yonkers Board of Education Consolidation Program (Yonkers Consolidation Program) is a first-of-its-kind, large-scale merger of the administrative operations of a New York state dependent school district and it’s host municipality, resulting in greater operational efficiencies and economies of scale to both organizations and the stakeholders which they serve.

In a period of less than one year, the City of Yonkers (City) has successfully guided the merger of five nonacademic, administrative departments of the Yonkers Board of Education (BOE) - Finance, Human Resources, Chief Administrative Office, Public Information and Law - into the City of Yonkers government; achieved the transfer of 52 BOE employees to the City government, including the completion of desk audits, title adjustments, changes to labor affiliation and co-location of newly consolidated departments; and permanently assumed $10 million worth of administrative functions into the City government, thereby making additional funding available for the classroom. 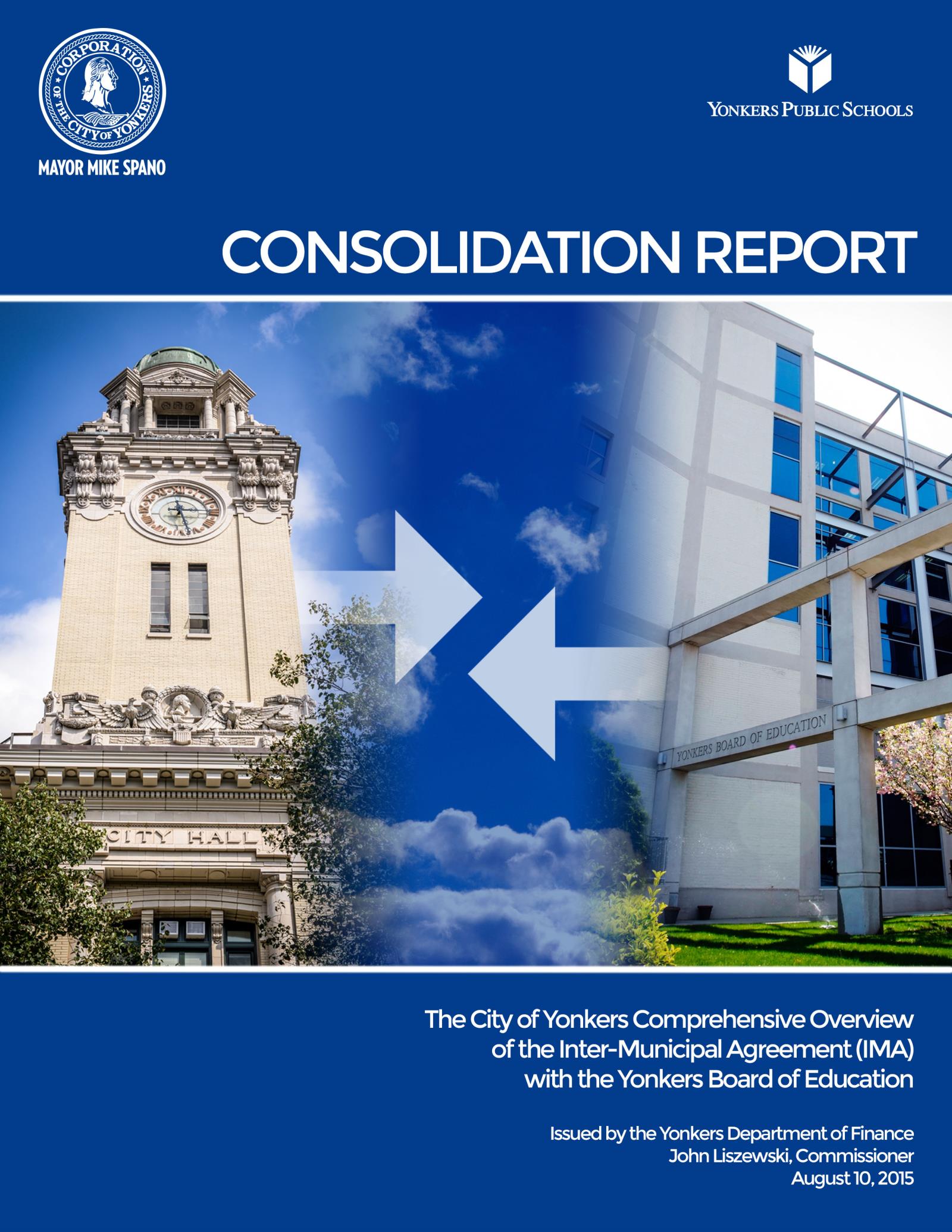