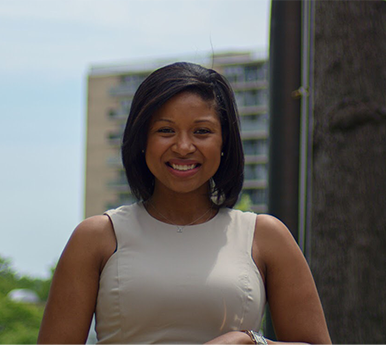 Majority Leader, Corazon Pineda-Isaac currently serves as the Yonkers City Council representative for the second council district of Yonkers, New York.  She was elected in 2013 to a four year term and was recently re-elected to serve a 2nd four-year term. She currently serves as the Real Estate Committee Chair for the Yonkers City Council. As a life-long Democrat, she fights every day to ensure that the City of Yonkers continues to improve its schools, fight crime and provide high quality municipal services to all neighborhoods.

Prior to her election to the City Council, Corazon obtained her Bachelor of Science degree from Long Island University- C.W Post with a Major in Finance. Upon graduating, she began her financial career with one of the largest financial institutions throughout the world, AXA Advisors, where she currently holds the title of Financial Professional and maintains the FINRA Registrations Series 7 and Series 63, as well as Life and Health Insurance licenses.

The daughter of Dominican immigrants, she moved to Westchester at the age of 16 with her parents, which is when they decided to make Yonkers their permanent home. Wanting to take a more active role in her community and in the political process, she became a Democratic district leader and volunteered on George Latimer's campaign for New York State Senate in 2012. As she became more involved, Corazon became aware of the many needs of her community in southwest Yonkers. She decided that the best way to make a positive change in her community was by running for office in 2013.  At 25 years old, Ms. Pineda was one of the youngest elected officials to be elected to the Yonkers City Council, beating out her opponent, then-incumbent and majority leader, by dozens of votes in the Democratic primary.

Corazon has made it her mission to be a real leader. She understands the wide-ranging needs and concerns of her community and the city of Yonkers, and she dedicates herself to her constituency by providing full, honest, and real representation.  She maintains an “open door” policy with her constituents and encourages community participation and collaboration in working for a better Yonkers. During her time on the Yonkers City Council, Corazon has advocated for making Yonkers a Sanctuary City and has introduced legislation that would protect our city’s most vulnerable population from facing immigration officials while at sensitive locations such as hospitals and churches.  Corazon has also fought for increased funding for Yonkers Public Schools and progressive legislation such as Ban the Box, a living wage for Yonkers residents, and the creation of a buildings registry in order to hold negligent landlords accountable.

Corazon is the eldest of three children born to Alberto and Dacia Pineda.  During her time on the Council, Corazon also grew her own family. She is happily married to her husband, Jonathan, and they are the proud parents to three year-old Rohan and one-year old Alexander.