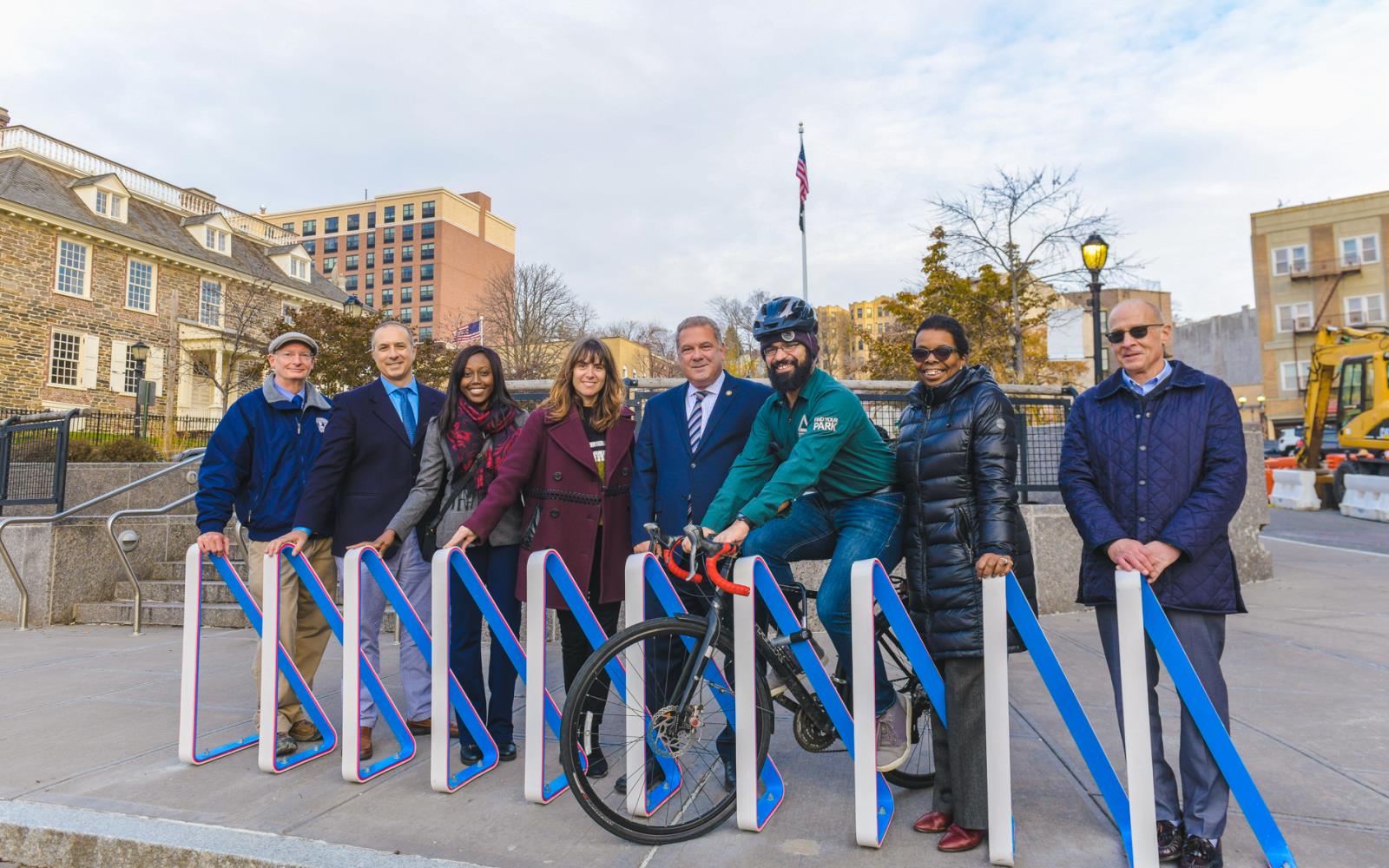 YONKERS, NY – November 25, 2019 -- Yonkers Mayor Mike Spano today joined local bike enthusiasts at Van Der Donck Park to unveil one of 13 new bike racks that are being installed across the city. Named (WH)eels, the bike racks mimic the form of the glass eel, which has returned to Yonkers via the Hudson River up to the Saw Mill River.

“We are continually working to make Yonkers more bike friendly,” said Mayor Spano. “Complimenting the new bike repair stations, city bike lanes and bike share program, these bike racks add to the growing list of initiatives supported by the city to ensure that residents and visitors take to the streets, parks and pathways as a means of exercise, relaxation and fun.”

The (WH)eels bike racks are designed by the 2017 Sarah Lawrence College Urban Design Lab, led by visiting professor Amanda Schachter, AIA, to celebrate the restored ecology of the Saw Mill River and the proliferation of more green modes of transit in Yonkers.

Starting with a diagonal bent loop of steel, the bike racks mimic the form of the glass eel. Each loop allows a bike to be securely placed allowing multiple points to lock a bike. The Yonkers Planning and Development department contracted with Specialty Construction Systems to fabricate the 13 bike racks and is installing them in various locations throughout the city including:

While each rack is distinct in its curve, all of the racks have the same color scheme -- phosphorescent paint to light up at night on the outside, blue on the inside and hot pink on the edge.

The (WH)eels bike racks complement the Yonkers Greenway Initiative, which is the proposed 2.4 mile trail that will run along the former Putnam Railroad, from Van Cortlandt Park at the Bronx border through southwest Yonkers, and ultimately connecting to the Yonkers Train Station and the Hudson River.

Funding for the new bike racks is provided by a grant from the NYSERDA Clean Energy Communities Program and from the Yonkers Community Development Agency.