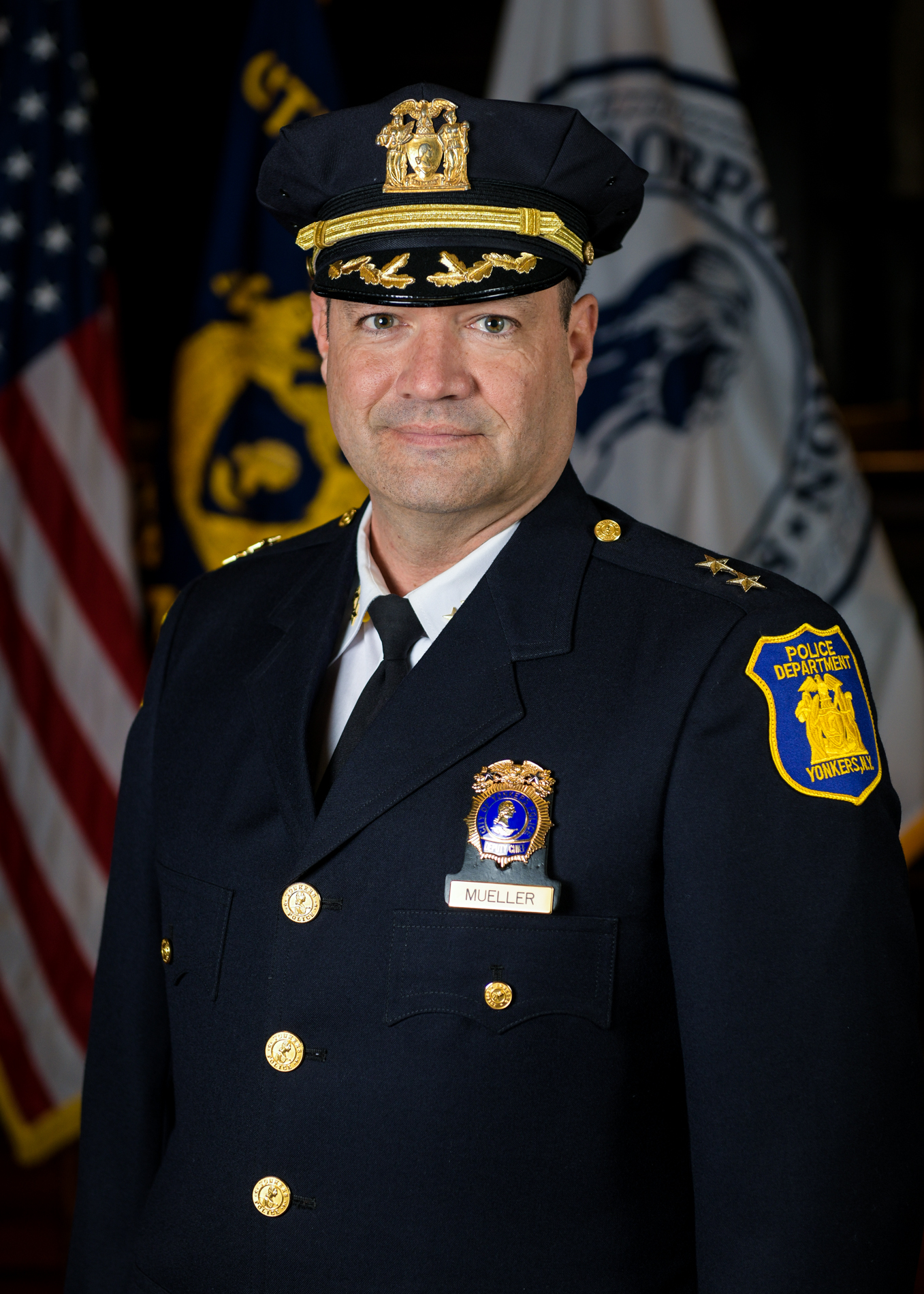 “Chief Mueller has been a shining star in our police department for decades,” said Mayor Spano. “John has risen amongst the ranks with honor, demonstrating his in-depth knowledge, training and dedication to the men and women of our police force. We look forward to working with him and continuing to keep our residents safe.”

“It is a tremendous honor to be asked by Mayor Mike Spano to serve as Yonkers Police Commissioner,” stated Chief John Mueller.  “I am extremely proud of the many accomplishments that this administration has achieved in moving Yonkers forward. To serve as police commissioner has been a lifelong dream of mine and I pledge to serve our residents with valor and respect. I am excited to continue the great work of Commissioner Gardner and look forward to working hand in hand with all the dedicated members of our department.”

Prior to his appointment to Chief of Investigative Services Bureau, Muller served in the capacities of Deputy Chief of the Support Services Bureau, Commanding Officer of the 4th precinct, the Commanding Officer of the Intelligence Unit and President of the Yonkers Captains, Lieutenants and Sergeants Association. He is the chairman and founder of STRONG, a federally funded opioid substance abuse prevention program, for adolescents, board member of Break the Hold Foundation, which addresses mental health issues for young adults and is a co-founder of the Yonkers Police Fire Toughman. He holds a masters and bachelor degree from John Jay College of Criminal Justice, is a Graduate of the FBI National Academy, the Police Executive Research Forum and John F. Kennedy School of Government at Harvard University.

Mayor Spano added, “I want to thank Commissioner Gardner for his service to the residents of the city and to our police department. Under his leadership, Yonkers has achieved unprecedented successes including a reduction in overall crime by 42%, a more diverse police force and the introduction of various community policing initiatives that have transformed our police department. I congratulate him on a stellar career and wish him the very best in his well-deserved retirement.”

Mueller will serve as the City of Yonkers’ 21st police commissioner.