Mayor Mike Spano today announced the schedule for the City’s 2019 Summer Film & Concert Series that will run during July and August at several Yonkers parks.  The family-friendly series is FREE of charge and open to children of all ages.

“Our Summer Film & Concert Series in Yonkers continues to be a hit with residents of all ages and we’re excited that it’s returning again this summer,” said Mayor Spano.  “With more than 75 dynamic parks and playgrounds in Yonkers, there is no better way to spend your summer nights than to enjoy an outdoor movie or concert with family and friends at your local neighborhood park.”

Music begins promptly at 7PM on Thursday nights throughout the summer and the genres range from Jazz to Rock, Swing, R & B and much more. This year’s lineup features two tribute bands: Strawberry Fields and Larger than Life: the Ultimate Boy Band.

Movies will be screened on Friday evenings in July and August and begin at dusk at various locations throughout the City.   All movies are family-friendly and rated PG.

Music and movie performances are subject to change and City residents are strongly encouraged to bring their own seating.  In case of rain, residents should call the City of Yonkers Department of Parks, Recreation & Conservation at 914-377-6450 or visit @CityofYonkers on Facebook and Twitter to confirm cancellations.

The complete Summer Film & Concert Series schedule is as follows: 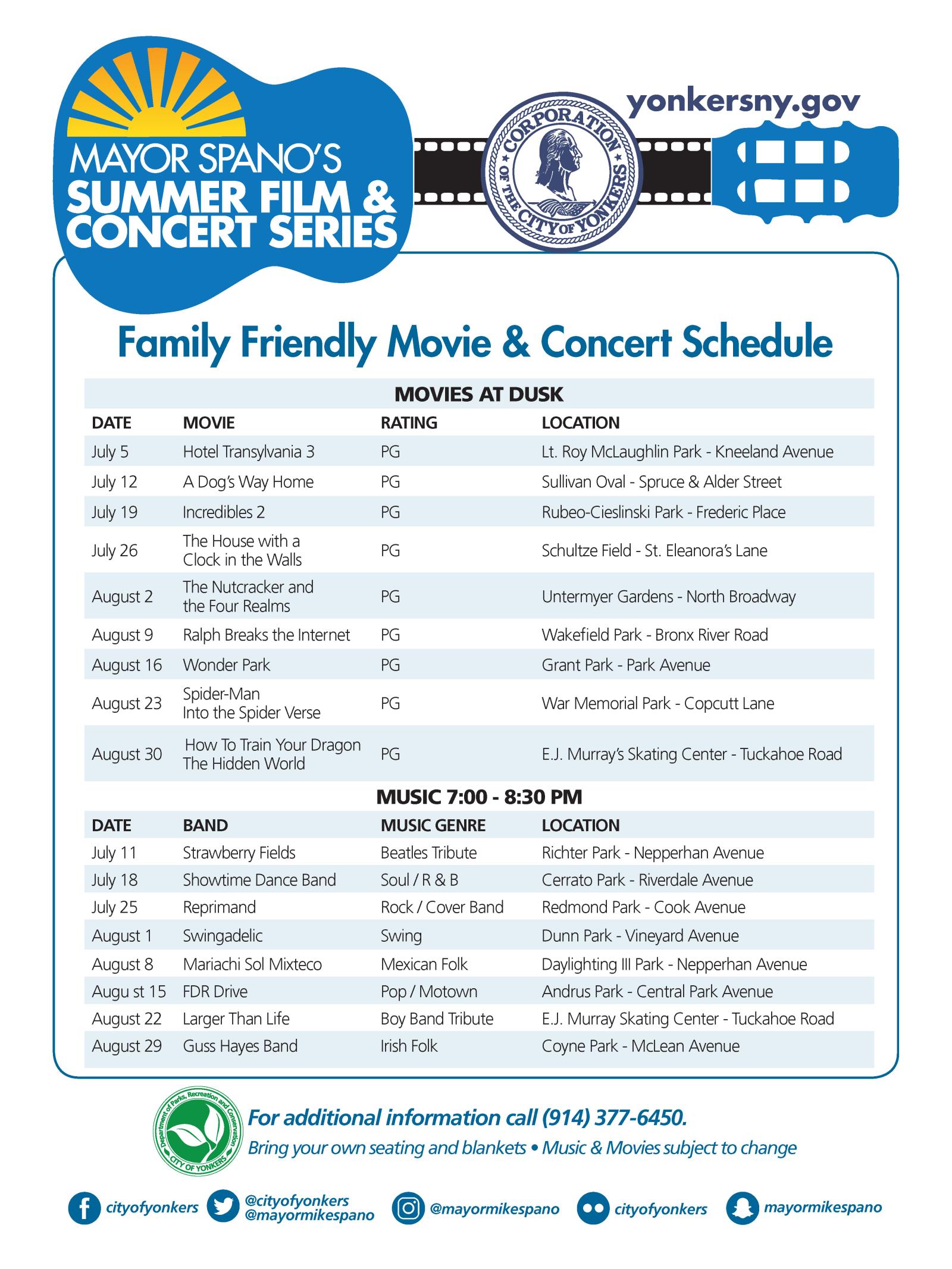